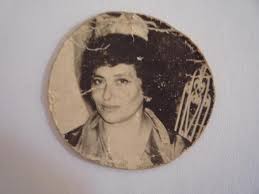 In his very funny essay, “Crying on the Banks of the Río Mapocho”, Guatemalan writer Augusto Monterroso says that the destiny of all writers in Latin American countries falls into one of three camps: exile, imprisonment, or burial. He wrote those words in 1983 when civil, guerrilla, and dirty wars were still very much a part of Latino current events. His fate, in 1954, happened to be exile to Santiago, Chile, where he found himself penniless and obliged to find employment wherever he could get it. The work that drove him to weep by the banks of the Mapocho, was the translation of Ellery Queen’s short mystery fiction into Spanish. Monterroso was a literary satirist who took his time with language and story. He found Queen’s pulp fiction style forced and inauthentic. The more he sought depth, the more he didn’t find any.

Way, way over on the opposite pole are writers whose depth is so unfathomable, that to believe one can tread, bobbing happily on the surface, is the first thought bubble to burst. I happened to come across Monterroso and Olga Orozco within hours of each other. The former may have been my life jacket for the latter. For several weeks, the Argentine poetess to whom I allude in my Oceantics post, “La Mentora”, swept me downstream through currents and rapids beyond my experience. I’ve been published a few times in Alfred Hitchcock Mystery Magazine and Fantasy & Science Fiction, first cousins to Ellery Queen. They are not highbrow fiction, to be sure; they are meant to be fun. Where, then, to place Orozco? How is it that she, born in Argentina in 1920, enjoyed a full lifespan of 79 years in her native country and was never exiled, imprisoned, or executed? Not because she wrote frippery, I can assure you!

Olga Orozco lived through the post-WWII arrival of Fascist and Nazi refugees to Argentina. She endured with fellow poets the Juan and Eva Perón years wherein intellectuals like Jorge Luis Borges were given menial jobs to keep them barely alive and humble. She lived through the Dirty War of the 1970s and 80s, long enough to assist in the first book-length English translation of her work with the American professor Mary Crow, published posthumously in 2003. The only other English reference I have found to Orozco is in a book published in 2002 by the University of Florida Press, called Evil, Madness, and the Occult in Argentine Poetry. Maybe that explains it! (Another thought bubble bursts…)

Olga Orozco was neither evil nor mad, and her involvement in the occult had little to do with evil eye talismans or voodoo dolls. To your average military junta censor, however, she may have come across as a harmless crazy lady. In a country where ordinary citizens were “disappeared” by the tens of thousands, it’s a pretty good cover.

In the end, however, speculation is unimportant. What matters is Olga Orozco’s work. I have translated four of her poems and would like to share them with you in two consecutive posts. Each offers a white knuckle ride in its own right. The first two poems, “Behind that Door / Detrás de Aquella Puerta” and “Points of Reference / Puntos de Referencia” can be read in their original Spanish here.

Somewhere on the great inconclusive wall is a door
that one you didn’t open
and one that casts its shadow of implacable guardian on the
reverse of your whole destiny.
It’s only a door closed off in the name of chance,
but it has the colour of inclemency
and resembles a gravestone where every step
of the impossible is inscribed.
Perhaps it now creaks with an incomparable melody
against the ear of your yesterday,
perhaps it gleams like a golden idol polished
by the ashes of goodbye,
perhaps every night it’s at the point of opening on the
final wall of the same dream
and measures its power against your ligatures like a miserable
Ulysses.
It’s only a deception,
a fabrication of wind between the interstices of a
history laid to waste,
fallacious refractions that surge from obscurity when
nostalgia brushes past.
That door doesn’t open toward any return;
it doesn’t guard some rigid mould beneath the pallid ray
of absence.
You don’t return later like someone at the end of an
erroneous journey
—every stage a mistaken mirror that removes you
from the world—
discover the place where you lost the key and traded
a confused name for a slogan.
Could it be that every step you took didn’t change, as in
chess,
the secret relation of the pieces that traced the map
of the entire match?
Don’t come any closer then with your offering of
devastated lands,
with your coffer of embers converted to stones
of expiation;
do not transform your other precarious paradises into
moors and exiles,
because also, also, the wall and yearning will one day
come to be.
That door is a sentence of lead; it is not a question.
If you keep going,
you will find behind it, one after another, the doors
that you chose.

I have accumulated days and nights with love, with patience
ah, with anger too, a resplendence of tigers in the dark
despair;
I have turned them to stone around the site I inhabit,
which is nothing more than pale underbrush in the middle of
the rarefied vastness,
a paltry substance exposed to pillages and the fury
of time gone wild.
I have put together vestiges, testimonials that accredit who I am,
irrefutable credentials like a game of mirrors on a wheel
of brightness,
certainties like ciphers sculpted in smoke.
I can affirm that there’s nothing under heaven that doesn’t
live on through my eyes
and that a negligible insect holds a place of honour in my
collection.
I am nothing less than a mole; something more than grass.
However I do not find my true form even
in full light.
The more that I recount, the more it pores over and chases me by fire
and under the skin.
There’s always someone in me who says that I am not me
when I appear,
someone who slips through, step by step, the more I advance
until I am blind, grabbed hold of by only a name,
by ignorance.
Because there are ungraspable prolongations that arrive over there,
unattainable zones where perhaps the footsteps of God
are imprinted,
transparent subsoils where sometimes the gardens of
another world are buried
and upon returning a perfume spreads out that resembles dawn.
And those errant blocks, continents in flight like
white whales,
that brush the boundaries propagating terror, never to return?
And what boundaries brush, if I have forced sight and insomnia
to the limit?
And where I venture, not walking, am I lost in the abysses?
Have I not thrown questions like stones and loves like
rubble
that are still falling, that have yet to touch the ground?
Immense my unknown animal, my unfathomable skeleton,
my nebulous sphinx.
And no emissary, no echo, other than this
unfinished body.
All a confabulation of the invisible to indicate barely
that I am not of this world,
but only an adverse witness against proclaimed reality,
a mark of exile adhered to the great narrow minds where
the soul begins,
perhaps with a hymn, maybe with a sob.
But tell me, Lord,
does my face depict you?